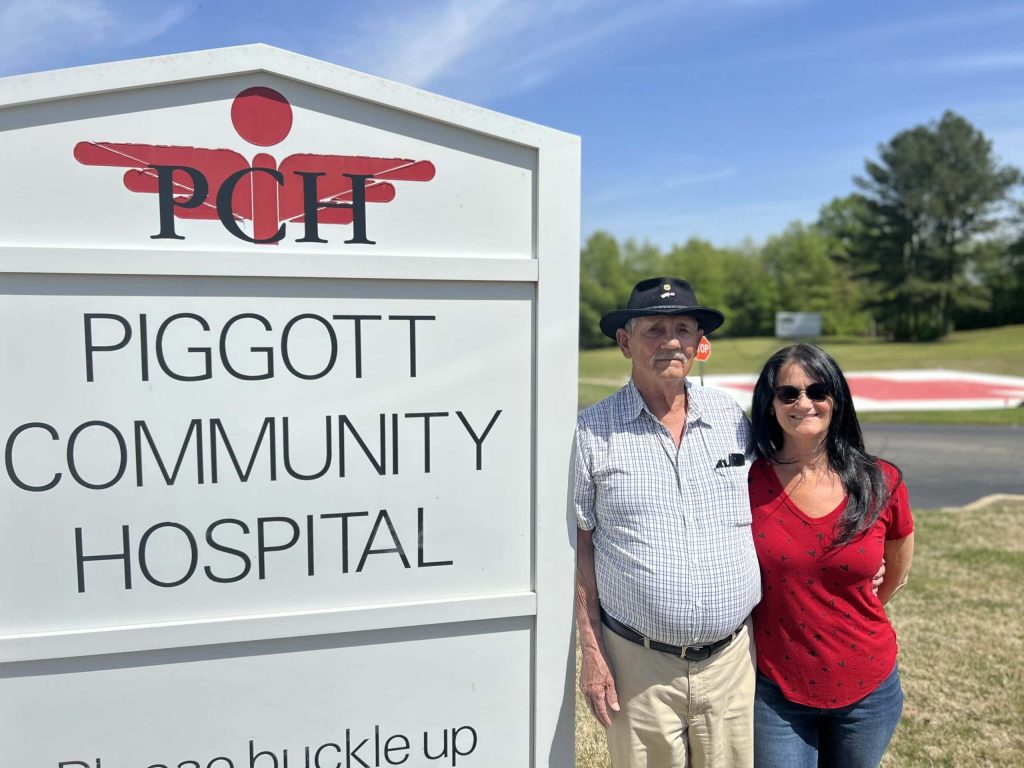 Piggott Man Remembers “Everything” About Stroke, Including Caregivers’ Kindness

“I spent four years in the Air Force and we had all kinds of helicopters, but I’d never been on a helicopter ride before,” Tate said.

That day Tate, a father of four, woke from a nap and knew something was wrong. As a former assistant plant manager of a large factory, he was required to take a course in emergency first aid. Thanks to that course, he learned the signs of stroke: weakness or numbness on one side of the body, difficulty speaking or seeing, movement problems and loss of balance.